Alive and kicking in the Arctic

So sampling work has come to an end and we felt compelled to write a few lines about the results of it. We had time to experience a real snow storm during 3 days in a row which obviously made us postpone all kind of outdoor activities, but fortunately for us we could make up these days during an incredibly sunny and calm sea weekend. Throughout the sampling period we were also allowed to bring some “curious minds”  on board who were also eager to enjoy the magnificent landscape view and also invite us to have some quick espresso and pistachio cookies (thank you Moritz)!

Ben Frederiks completed his stay as field assistant last Monday to join Antigua’s guided tour along the West Spitsbergen coast starting at Longyearbyen. We still didn’t get any news from Ben but we could check the last itinerary of the schooner heading south on Maritime Traffic website. We hope he’s having a blast at this moment sailing over the Greenland Sea on such a beautiful boat! 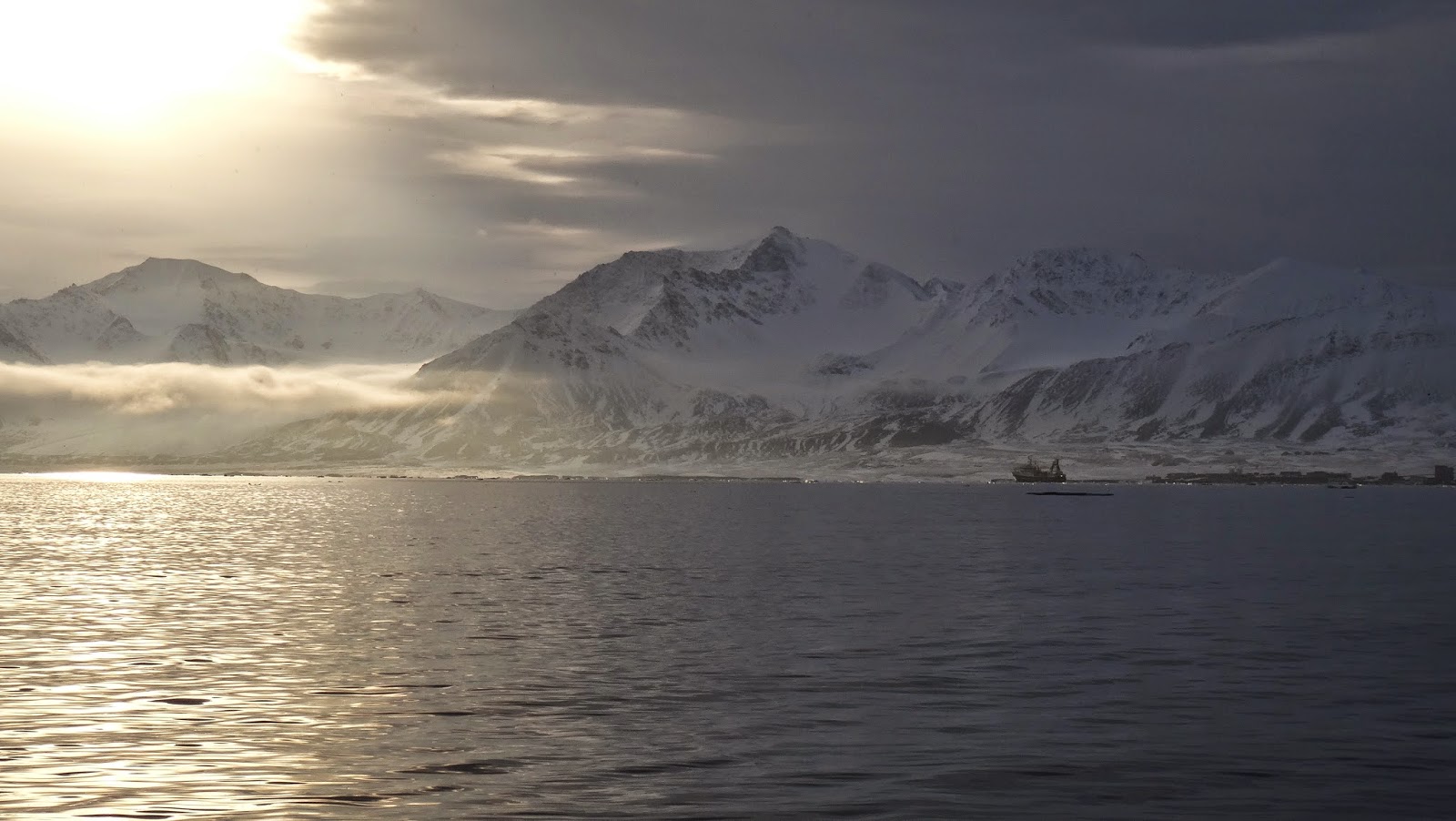 At the same moment Ben was leaving, Noël Diepens came to take Ben’s place. Noël quickly adapted herself to my surprise saving some time to play basketball with other scientists and testing the climbing wall on her first day at the station. She had obviously time to get the attention of other shy amateur climbers and these started to join her after dinner time (smart girl). We think this could derive into something more exciting over the next weeks ;)

Noël joined us on board during the third and last week of sampling when a seemingly weird phenomenon (or just bad luck on the previous sampling days) happened. For the general understanding, I will make a short recap of what the sampling plan was before we even arrived at the station. From the beginning we chose different benthic species with different feeding habits to focus on based on sampling results during summer of 2013; namely Astarte borealis (filter feeder), Macoma calcarea (deposit feeder) and Nephtys ciliata (omnivorous) (check previous posts on this blog). I should say I was also a bit skeptic of finding these same species in the same numbers as in summer time and this was exactly what happened with Nephtys sp. and Macoma sp.

The latter ones would normally account for 10-40 individuals and 10-30 individuals per sampling day, respectively, which brings up a lot of uncertainty on how to make the most of your experimental set up when you didn’t get enough replicates even after your second week of sampling. Then, as if by magic, Macoma and Nephtys started to emerge from the third week when we were still lacking four days to finish our available time on board. To give you an idea of our happiness, we started to collect Nephtys individuals of up to 10-15 cm long (sometimes two or more of these came up in the same grab!) whereas in the previous weeks we barely could find an individual exceeding 4-5 cm.

We, however, started to strategically collect after the first week of sampling another filter feeder (Ciliatocardium ciliatum) and another deposit feeder (Nuculana pernula) to cover our backs. But why these? Well, Macoma and Nephtys were not randomly chosen neither. ARCIND PhD project intends to not only compare the inter-specific differences among these Arctic species with different ecological traits in terms of organic pollutants sensitivity, but also to compare their response towards these substances with the likely induced response in Atlantic counterpart species such as Macoma balthica and Nereis virens (long-term exposure experiments have been carried out at IMARES Yerseke facilities in summer 2014). We then thought choosing Ciliatocardium and Nuculana was a quick movement since the response of both would be comparable to other similar species response as Cerastoderma edule’s (common cockle) and/or Nuculana minuta’s (minute nutclam).

We, of course, had time to celebrate the end of the sampling season for ARCIND project and the Teisten working season at Ny-Ålesund in excellent company (see picture below), but also the scientific committee had organised the Arctic version of the Oktoberfest which, I have to say, can be the envy of many other countries’ version of this German party event.

To all the people that made our work possible and really enjoyable during these last three weeks: takk for innsatsen, du er den beste! 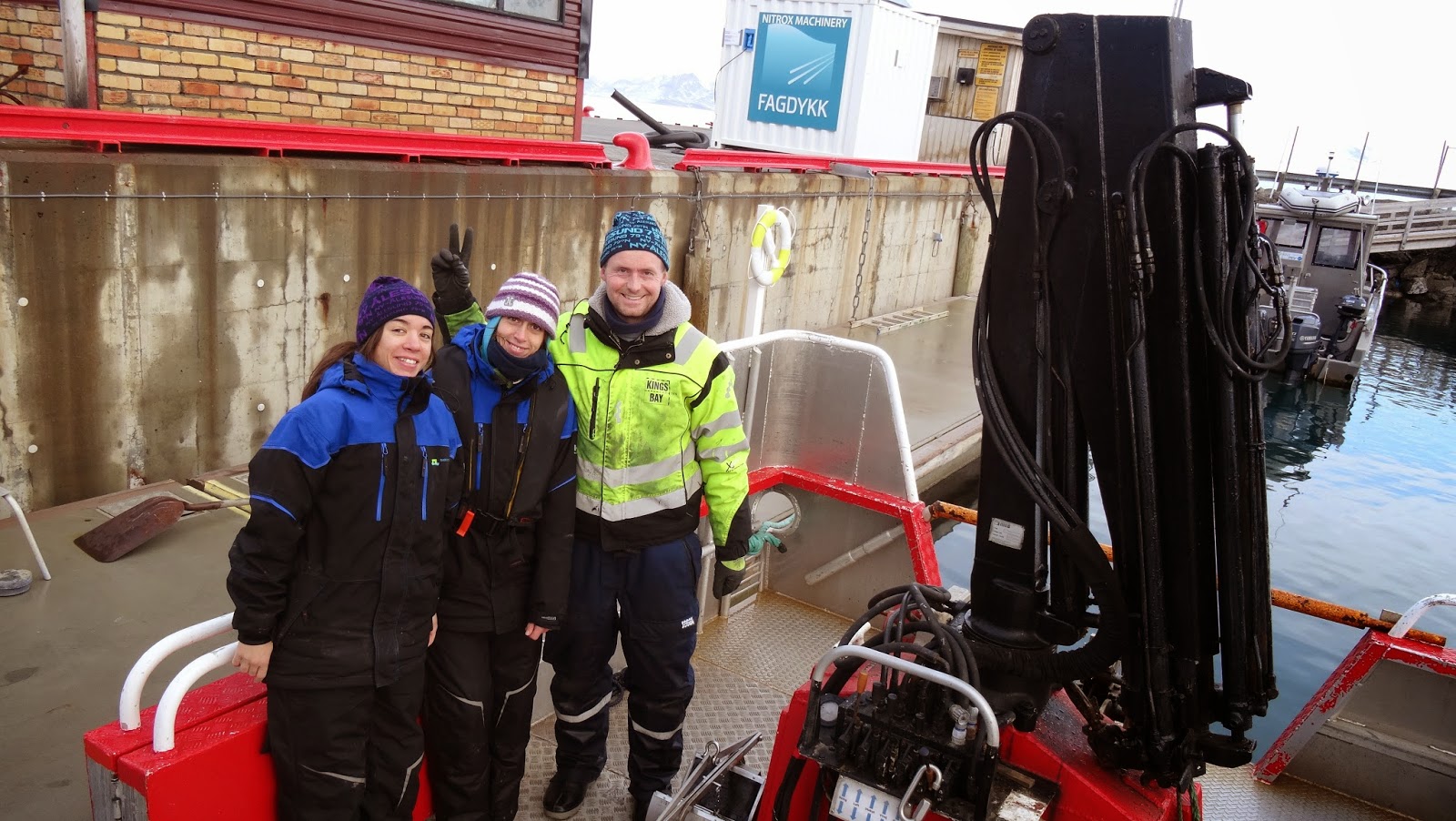